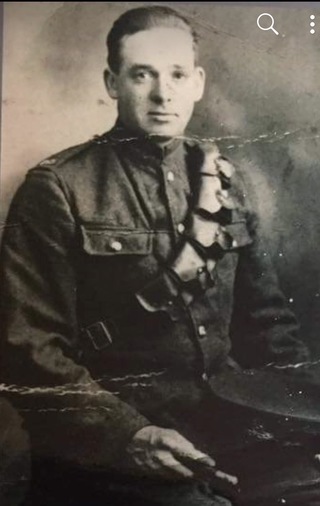 My granddad Charles John "Jack" Phillips, English soldier. He was gassed in the War & died at 50. My dad's dad also fought in WWI, but on the German side. I have never seen a picture of him. This is what I wrote about him last year.

Armistice Night! That night would be remembered down nnumbered generations. Whilst one lived that had seen it the question would be asked: What did you do on Armistice Night? .... [from Parade's End, by Ford Madox Ford]

Did they feel jubilant & triumphant when the Great War ended? Or simply exhausted & relieved. Perhaps regretful at the huge waste. The world changes in an instant after an agony of dread & death.