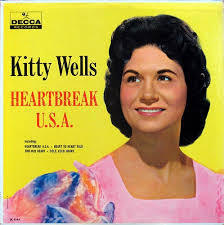 I've been listening to an extended bout of Miss Kitty Wells for the first time in ages—possibly since the early, turbulent days when there was a lot of fussin' & fightin' between Johnny & me. "I can't stop loving you" & "The lonely side of town" & "I gave my wedding dress away" & a zillion more set the tears raging. Her twang (the way someone sounds flat—in tone not pitch—when singing with headphones on) bites right into the heart and you feel like she knows what's killing you. Even though she was widowed 33 days before her 74th wedding anniversary, she's the queen of heartbreak. Listening today is making me cry all over again—I suppose in relief of what no longer is. Or is possible.  Read More
Be the first to comment 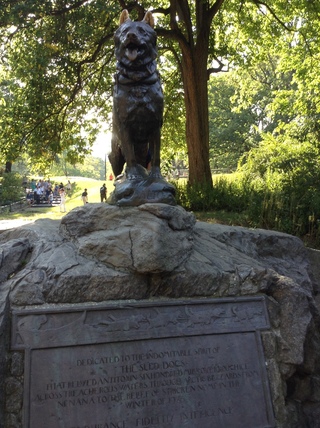 It was so bright in Central Park yesterday, and my cousin Julia & her husband Patrick had real cameras, so I didn't take the time to find a good place to stand where you could even see the statue, & anyway, you can't get the dog & the caption into one picture, but why is there even this memorial to a sled dog in NYC?

Patrick, from London on his first visit to New York, had a lot of questions I couldn't answer. Where's that steam coming from? When was the best era in NY's history? Where did the land come from to make Central Park?

I thought it wasn't settled but I was wrong: "Creating the park required displacing roughly 1,600 poor residents, including Irish pig farmers and German gardeners, who lived in shanties on the site. At Eighth Avenue and 82nd Street, Seneca Village had been one of the city's most stable African-American settlements, with three churches and a school. Read More
Be the first to comment

I teach karate to kids 4 through 15. It's easy to tell the boys from the girls with the little & older ones but for some reason I often guess wrong on the 6- through 8-year-olds. I'm always saying to Kyoshi Greg: "Is that a boy or a girl?" The kids with long hair & toenail polish, dead  Read More
Be the first to comment

Happy palindrome year on the Jewish calendar. I hope that the confusion, anger, frustration so many people are feeling will be washed away by the clear light of peace, understanding & Torah. I wish for good health, joy, adventure, art, love, meaningful work, peace. I wish for an end to useless conferences, backbiting, narcissism, pedestrians walking 5 abreast & not moving aside, pedestrians wandering in the bike line, bikers cutting too close, landlords who think 2 tin cans & a wire constitutes an intercom system. I wish for everything to get a little bit better.  Read More
Be the first to comment

Tags: Josephine Tey
Best known for The Daughter of Time, a defense of Richard III, Tey's mysteries are a great pleasure. When I come upon a line like "the yelling crowd asparagus-packed into the long Georgian room," I know I'm going to have fun.

Josephine Tey's funeral was held the day I was born.  Read More
Be the first to comment

Tuesday a little more nothing.

I can only be smart for a couple hours a day.

By smart I mean "pay attention."

I didn't go to the People's Climate March, mostly out of claustrophobia but also because I nonchalanted the morning away. I didn't go to the dojo or the gym or for a bike ride. I didn't have lunch. I didn't write a poem or a letter. I didn't stand on my head, eat lima beans or wet my pants: I wasn't ever  Read More
Be the first to comment

Two moments of honesty in the big city:
* When I got to work this morning, a piece of my keychain, with a thumbdrive & some pharmacy discount cards, was hanging on the gate.
* I forgot to lock my locker at the dojo, in fact left it hanging open.  Read More
Be the first to comment

I spent all my time & writing energy today on an article. I'm really happy with it but I've got nothing left for the blog. If I hadn't sworn to post every day, I would skip it. This is gonna hafta count.
Be the first to comment

Worldwide, women between 15 and 44 are more likely to be injured or die from male violence than from traffic accidents, cancer, malaria, and the effects of war combined.

And isn't war an effect of male violence?

(By the way, that stat is from The New Yorker, which gets fact-checked up the wazoo, so I did not independently verify it.)  Read More
Be the first to comment 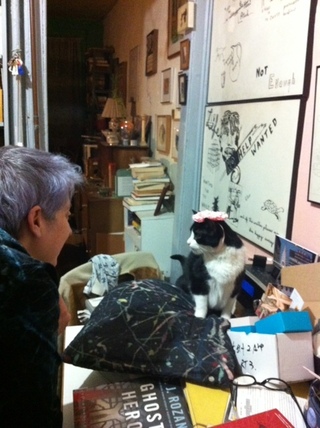 No one wants what comes next
Can you make a salad?
Sit up straight Vespa?

A handlebar moustache
A notebook
A door that won’t open 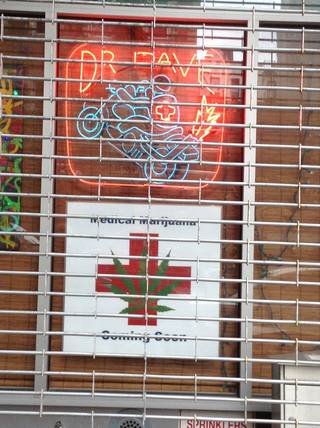 3rd & A
Soon the East Village will have everything.
No more going above 14th Street.
No more Brooklyn.
Hey, Dr Dave!

Now I can't upload pictures to the blog. Stay tuned.

No post yesterday because my computer was busy dying, & the new one seems to be a lemon. I'm using an old computer that is pretty shaky.

I know what day it is! But it is also the birthdays of several friends & cousins. There is plenty to be grateful for (tho lack of sleep is not among them).  Read More
Be the first to comment

Dear Everyone --
First of all, I am fine and so is everyone we both know. I decided to write one letter to a lot of you, so I could answer faster to the many e-mails I’ve received. Thank you to everyone who  Read More
Be the first to comment 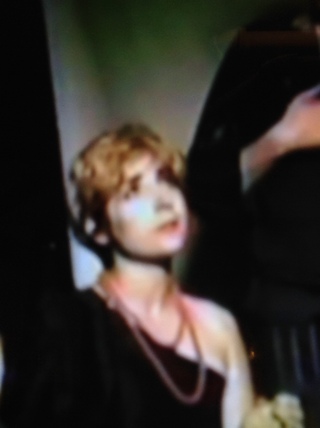 The stones of Jerusalem + link to a really good article
Does the fact of any country's (probably) violent origins have anything to do with its existence now? Is there a founding that invalidates a country's existence?

Let's say that I agree that Israel did this or that, even the one-sided claims of my left-of-Hamas friends. What then? What does that mean right now? In other words, where does the story start? The Jews were displaced 2,000 years ago, so does that give them prior claim, if living on the land is your criterion? My father was thrown out of his country  Read More
Be the first to comment 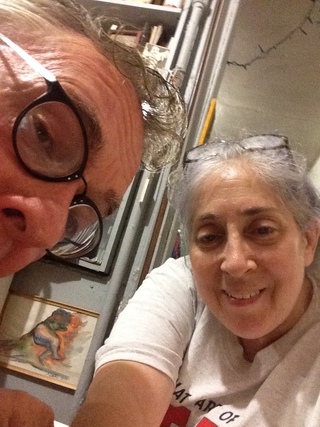 Dinner selfie
Johnny & I had dinner together last night.

It's probably 5 years since we sat down together at the kitchen table. I cleared away the cat, found a second chair, and made sandwiches with heirloom tomatoes & burrata cheese (yum!).

We're planning to do it again before the books once again overwhelm us. Although I suppose we could make do with one plate.  Read More
Be the first to comment

By way of contrast 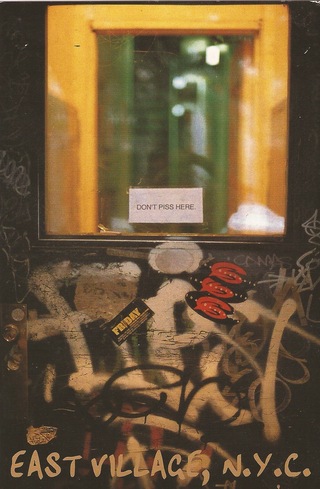 Not Idaho!
A photo of the front door of my building, The Ezra Pound, circa 1980, was made into a postcard. Our entryway is dark and looks commercial, so our super put that sign up. Oddly enough, it worked.

We have a yuppified door these days, and the liquor store on the corner is long gone. The drunks who once used our stoop as a toilet have given way to frat boys who might, but so far haven't done the same.

I don't miss that aspect of the East Village, but I do miss the anarchic 1970s, when we were our own little enclave of artists & families, scorned by the more settled areas. It felt more like a neighborhood because you only came here if you lived here.  Read More
Be the first to comment 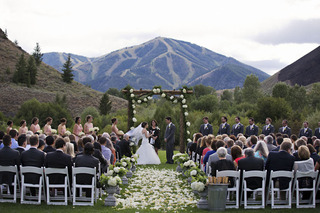 That little strip of orange on the left is me. Photo by Hillary Maybery
The mountain with the trails in the background is the one we took a ski lift to the top of earlier that day. It was so cold up there that it was impossible to believe it was August. I got a little altitude sick too. But it was beautiful.

As was the wedding. Their vows were so specific and connected that I have no doubt that like their parents, they'll be celebrating their 40th anniversary at their own children's weddings.  Read More
Be the first to comment

Words are for knowing

The dictionary I consulted defined LEGBONE as “the bone of a leg.”

All countries that have lost their legends will be condemned to die of cold.

My apartment is the same size as a 1950 Greenland igloo, minus the seal gut window, babies & peat walls.

All countries that mock their elders will buy apartments in Queens.
Be the first to comment
Loading…}