I love collaborating (as you can tell by my having edited two anthologies). Here's a link to a Renga (a Japanese form) I wrote with Sharon Mesmer and Gillian McCain. It was in MiPOesias, edited by David Trinidad:

A girl, a hat, a giant sandbox in the backyard. 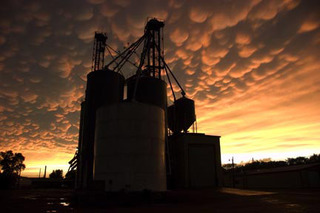 Elinor Nauen’s books include My Marriage A to Z: A big-city romance, So Late into the Night, CARS & Other Poems, American Guys and, as editor, Ladies, Start Your Engines: Women writers on cars & the road (Faber & Faber, 1997) and Diamonds Are a Girl’s Best Friend: Women writers on baseball (Faber & Faber, 1994). Her work has appeared in New American Writing, FICTION, Exquisite Corpse, The World, KOFF, Elysian Fields Quarterly, Aethlon, Up Late: American Poetry Since 1970, National Endowment for the Humanities Magazine, American Book Review and other magazines and anthologies.

She has been a teacher/guest lecturer in writing workshops and classes in colleges, secondary and primary schools, and adult workshops at the Pingry School, Martinsville, NJ, where she was the visiting poet for several years; Washington State University, University of South Dakota, Columbia University Graduate Journalism School, School of Visual Arts, the Poetry Project (NY) and elsewhere. She presentated “Piers the Batsman: Baseball (and Other Games) in the Middle Ages” to the prestigious Pseudo Society at the 36th International Congress on Medieval Studies in 2001. She has read at the Museum of Modern Art in New York, an international peace festival in Espanola, New Mexico (backed by a jazz band that included Ray Manzarek), the Knitting Factory and many other venues. She is a member of PEN American Center and on the board of directors of The Poetry Project.

She is working on a long poem about snow.

Elinor dates her interest in cars to growing up in Sioux Falls, South Dakota, where every kid’s birthright is driving early and driving fast on roads that are “straight no potholes flat no cops.” She had mechanics for boyfriends until she was propelled to look under the hood herself and quit worrying about grease under her fingernails (having discovered, circa 1970, GoJo, which is really the best thing for getting it off). Moving to New York City started a short period of non-car-ownership, which she coped with by writing her first book: CARS and other poems. The title poem was a long account of all the cars she had owned, driven or admired. Since then she edited Ladies, Start Your Engines: Women writers on cars & the road (Faber & Faber, 1997) and served as the automotive columnist for AARP’s My Generation. Her writing about cars and automotive topics has appeared in a number of literary and commercial magazines.

Elinor’s baseball poetry and prose have appeared in many anthologies and magazines including Up Late: American Poetry Since 1970, Cult Baseball Players, Baseball Diary, Elysian Fields Quarterly, Aethlon, Sports Illustrated for Women, Nine and Line Drives: 100 contemporary baseball poems, edited by Brooke Horvath and Tim Wiles, for which she also wrote the foreword.

You can order Line Drives by clicking here.

She is the editor of Diamonds Are a Girl’s Best Friend: Women writers on baseball (Faber & Faber: 1994) and a member of the editorial advisory board of Southern Illinois University Press’s Writing Baseball series. She has made baseball-related presentations at the National Baseball Hall of Fame, Cooperstown, NY; Sports Literature Association annual convention (keynote speaker); St. Petersburg (FL) “Play Ball” lecture series; the Babe Ruth conference, Hofstra University; the University of Tulsa and elsewhere; plus thrown out the first pitch (a strike) at a St. Paul (MN) Saints game. Read about it here:

Along with Tommy Lee Jones, David Halberstam and others, she was a talking head in an ESPN documentary, “Baseball Goes to the Movies.”