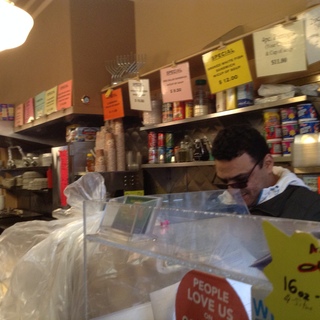 You can help B&H (& see some cool old pictures).
So relieved to go by B&H this afternoon & to find the place intact. They just need their gas hooked up & then they'll open, probably early next week. They're a couple of doors up from where the explosion two weeks ago took down 3 buildings.

And happy to see a local campaign to support them. They are a beloved neighborhood institution & support not only their workers but many of us. Two of the guys who work there were the first people to visit Johnny in the hospital after his accident in 2012. They sent him juice & soup every day, and wouldn't let me pay for anything until I threatened to stop coming in. I can't say enough good things about them, let alone their French toast.
Be the first to comment
Loading…}