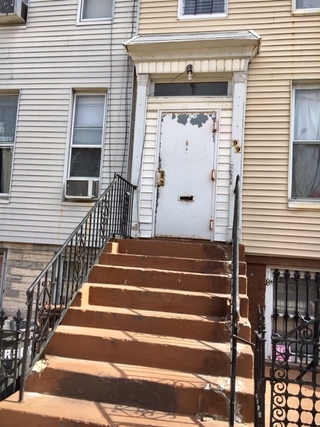 Maggie & I went on a walking adventure to Brooklyn, to the house where Walt Whitman lived for a year (1855), when he was writing Leaves of Grass. It didn't have aluminum siding 165 years ago, of course, & while it was hard to truly feel his presence, to be walking the same exact sidewalks he walked was moving.

Charles W. Eldredge told John Burroughs that Whitman had told him about the 1855 Leaves of Grass that it "was produced in a mood, or condition of mind, that he had never been able to resume, and that he had felt utterly incompetent to produce anything equal to it since.... That in contemplating it he felt in regard to his own agency in it like a somnambulist who is shown during his waking hours the giddy heights and impossible situations over which he had passed safely in his sleep."