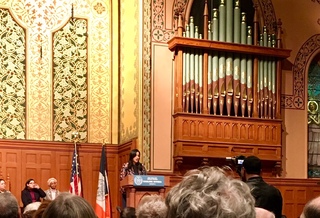 I met Carlina at an event for Eleanor's Legacy, a group that trains & supports pro-choice Democratic women to run for office in New York State & NYC. It was so obvious that she was a star. I came home knowing I was going to work for her. She has been in politics her whole life, knows everybody, is charismatic, smart, focused. Who knows how far she can go....  Read More
Be the first to comment 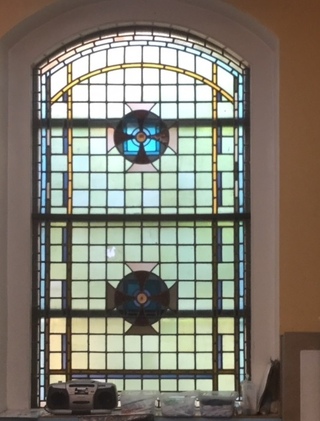 In the 40 years I've been hanging around the church, I can't say as I've ever really noticed this window. It's in the kitchen, which leads me to think that the kitchen was something else way back when.

My neighborhood in general is so familiar that it's hard to startle me into seeing it differently.  Read More
Be the first to comment 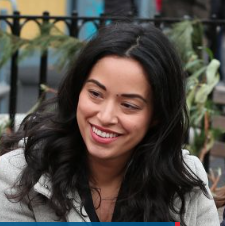 Carlina!
Inspired this week by all the political ferment to volunteer for a candidate running for City Council in my district, the smart, charismatic, & local Carlina Rivera, who I'd met at an event sponsored by Eleanor's Legacy, a group that works to elect pro-choice Democratic women in New York City and New York State.

A day or two ago, I went out "knocking," which literally is knocking on doors. I was surprised how many people buzzed us in without question. Mostly our encounters were brief, just handing out information & reminding them to vote in the primary. One guy, however, said-shouted, "I'm a registered Democrat! but I voted for Donald Trump! I wasn't getting behind what Hillary Clinton was selling! I see your face! I see  Read More
Be the first to comment
Loading…}