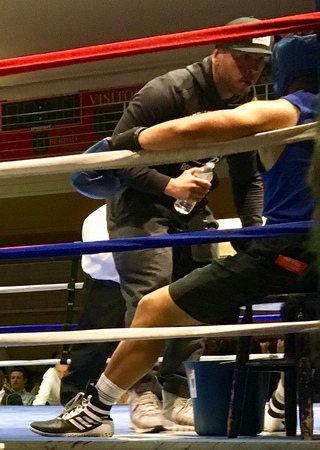 I know boxing is frowned upon, but these young men all wear headgear & really didn't get beat up. I know from fighting in karate how fun it is to face someone in this way—I come away with love for most of my opponents, & last night's fighters all embraced in a way that made me think they felt that too. Most of them won't go any further in the sport but they will always know they were willing to get in a ring in front of a lot of people and try their best, and take a lot of hits.
Be the first to comment
Loading…}