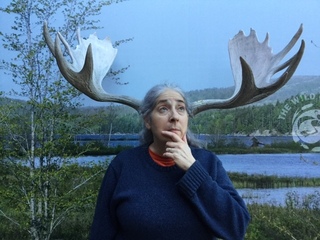 iForest is an "immersive sound experience." But not exactly a visual one.
I felt as though I had never been in the woods till I heard the counterpoint between British composer Pete Wyer's orchestral & choral music (sung in Cherokee) and the birds.

The Wild Center also had a prehistoric living sturgeon, that is, a fish as old as the dinosaurs & kind of similar, with those triangles down its spine like a stegosaurus (which is probably not called that anymore, is it).
Be the first to comment
Loading…}