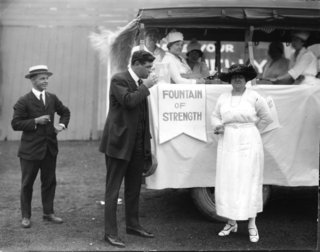 * Robert Johnson, King of the Delta Blues Singers
* Babe Ruth, Sultan of Swat
* Elvis Presley, King of Rock & Roll, or simply The King. Which makes me remember that Barbara Barg (who's from Arkansas) wanted to make a t-shirt with his picture & "I speak the King's English."
Be the first to comment
Loading…}