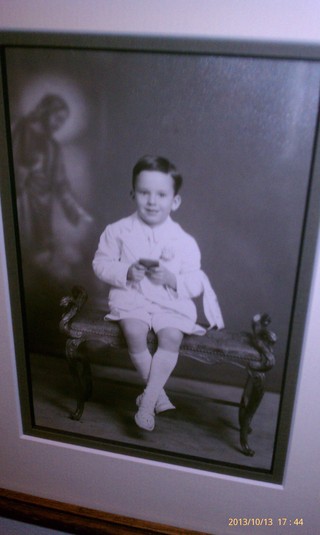 Johnny texting at his first communion
When I met Johnny's mother, I told her I'd love to hear stories about him from when he was young.

That was pretty much our only conversation ever. Where could I go from there?

I've only seen a handful of pictures of him from before I knew him. I get a glimpse of the young Johnny when he's with his first wife—he dances and teases in a teenage way that harks to them meeting in the '50s as kids.