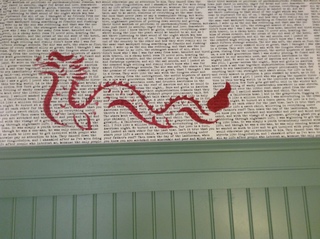 The staff is local and hip. One had "Dan Savage" under his name. I asked why. He said they're encouraged to add the name of someone or something that's a big influence on them, then started to explain who Dan Savage is. We cut him off: We live in New York, we know who Dan Savage is. Everyone in the United States knows who Dan Savage is. OK, I didn't say that last, but anyone who would stay at a hipster hotel does, right?

Why is it that the more expensive the hotel, the fewer the amenities? Super 8s give you a big ol' waffle & egg breakfast, but we had to go downstairs to get coffee sans doughnuts.