Am I biased? Are you? 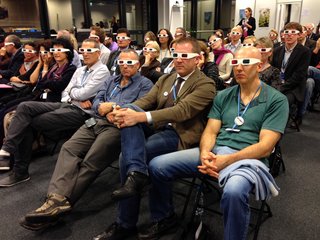 Everybody has a blind spot.
It's well established that people have a “bias blind spot,” meaning that they are less likely to detect bias in themselves than in others. But how blind to our own bias are we Researchers at Carnegie Mellon have developed a tool to measure the bias blind spot, and found that those who believe they are less biased than their peers—which is almost everyone—are less likely to be a good judge of situations and actions.

For example, physicians assume that gifts they receive from pharmaceutical companies don't affect what they prescribe, but they do believe that the same gifts may unconsciously affect other doctors. "This disparity is the bias blind spot, and occurs for everyone, for many different types of judgments and decisions,” says Erin McCormick, an author of the study and PhD student in behavioral decision research at Carnegie Mellon.

The study found that while some people are more susceptible to a bias blind spot than others, characteristics such as intelligence, cognitive ability, decision-making ability, self-esteem, self-presentation, and general personality traits were not factors. It also found that people with a high bias blind spot are the ones most likely to ignore the advice of peers or experts, and also are least likely to learn from de-biasing training that could improve the quality of their decisions.
Be the first to comment
Loading…}