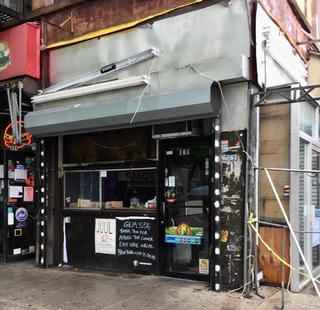 "Gem Spa: Thank you for making the Lower East Side great - New York City is dead"

This is a tough one. Gem Spa was always there, unchanged. Until they stopped selling newspapers & then what was the point. I would go there after a game to run into Ted & he would walk me home, talking. It was the landmark for everything else: "around the corner from Gem Spa," "across the street from Gem Spa." Everything essential disappears & you find out things carry on. But thinner.