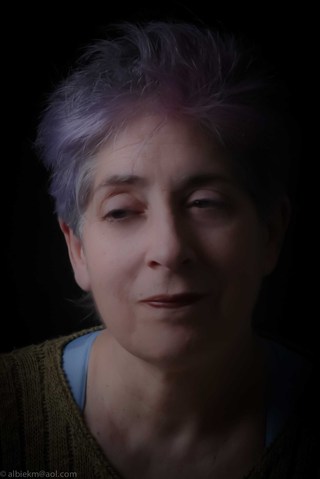 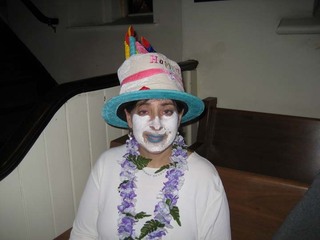 The ghost of birthdays past 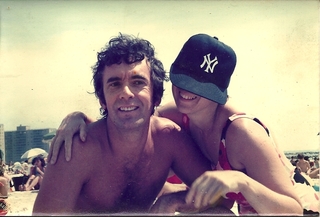 A PSA from the Authors Guild

Here's a great way to support small, independent, local bookstores AND help yourself get through the listless next weeks. Bookshop.org is a new, socially conscious way to buy books online. Authors can become affiliates and earn 10% of every purchase made from their Bookshop sales, while a matching 10% will go to independent bookstores. Check it out!

My no longer brand-new book. But still my most recent. 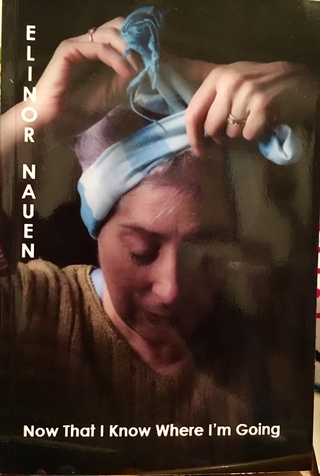 A box of these babies arrived today. I've wanted to use this title for 20 years—so glad to finally do so. Get one from SPD, Amazon, or directly from me.

Wow, now it's almost 5 years & I'm still writing here daily (or almost—I take off when I'm away). How has it changed? I've taken more pictures because it looks better, which has led me to learn just a little about how to see. I'm still interested in it & occasionally have new ideas, like the Monday Quote. Few people know about the blog & I'm still not pushing it—still feel like it's for myself, my assignment to finish a piece of writing every day. ~ May 13, 2018

It's two years this month that I started doing this blog, & I've continued to produce writing six days a week (except when I've been away or observing a holiday). I started NauenThen as an assignment to myself: to finish a piece of writing every day. While I've forgotten to post a handful of times & gone back to fill in, it's become a consistent habit. The poet Ted Berrigan said when you're a poet, you're a poet 24 hours a day, and everything you do is what a poet is doing. This blog is a poet's blog. —August 18, 2015

Decided to update my website a little, realizing that NauenThen isn't so new anymore. This is a bit of a trick, since all I have thought of is to say hi here & mention that I've been doing my blog 6 days a week for almost a year now. I invite you to take a look.

I figured out to do a real blog so please click just above on Blog and you can read updates, and even comment.

By way of intro: In high school, I wrote a column, called NauenThen, for the school newspaper, the Orange & Black. My two-years-younger brother went on to write NauenAgain, and my youngest sister didn’t write NauenForever. Forty years later, it occurs to me to revive that rubric for a more frequent outpouring. I’ve been wanting a deadline, to take a stand, to be interesting. Let’s see how it goes.

Below are the first few entries; newer ones will be on the Blog page.

August 22, 2013: In 1979, Neil and I, along with John, Connie & Denise, called ourselves the Prison Caucus, because we played pickup baseball and picnicked outside the walls of SingSing (NY) and Stillwater (MN). Since then, there have been few years when Neil and I haven’t made it to a game. Last night it was the Staten Island Yankees, playing not-quite-competent A League ball, one pitcher (Brooklyn) with a sneaky curve, me keeping score desultorily, without a horse in the race pretty much. Mostly it was baseball as a platonic construct: the game ... and the ritual of two old friends. 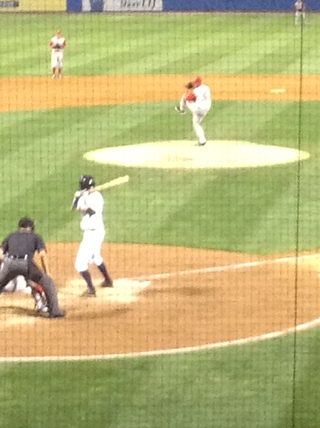 last night's or any night's game

August 21, 2013: Call the domestic technicians: the glasses have spots.

All about the East Village

August 20 (2): Johnny, his daughter & her husband are celebrating H.P. Lovecraft's 123rd birthday with oysters and sangria at Nomad. Other people are commemorating more heartily:

NecronomiCon
in honor of Lovecraft

August 19, 2013: Looking out my window at a sun-bright morning, the tree bouncing between us and the world (a blond brick wall), the man I (mostly) love softly snoring, dishes washed, sheets clean, coffee in my favorite cup.

August 18, 2013: Do we need to adjust the calendar, now that we’re having August in July and September in August?

August 16, 2013: Why is it that I can barely look at the headlines of today’s paper, but a newspaper that’s a decade old, I can pore over every page, including the classifieds? I know how it all came out, it doesn’t matter so it doesn’t make me nervous. I don’t know if that’s the right answer.

August 15, 2013: Cringing over my adolescent archness (the editorial “we”!) and that just in case someone didn’t get the point, I had to mention that the common phrase is brutal. But thinking too that my sweet edit is an improvement in this item from my column of October 3, 1969: Block-that-cliché department: Instead of “killing two birds with one stone,” obviously quite coldblooded, how about “feeding two birds with one crumb.” By the way, we’ve always wondered what fine-feathered species was being murdered in that phrase.

August 14, 2013: Disfiguring acid attacks in many parts of Asia… friends’ parents dying… friends dying… friends’ cats dying… a young man whose seizure has left him partially paralyzed… corporate America making life difficult*. So much can go wrong it’s amazing that anyone gets born or survives. How did my great-grandmother manage to live to 100? Is it one’s personality that suggests whether you see things as getting better or getting worse? the world as half-full or half-empty?

August 13, 2013: I’m doing, for the 3rd time this year, what I call 24 Days of Discard. As you can guess, it means getting rid of something every day for 24 days (and not replacing it). The first day, January 1, I threw out a few pens that didn’t write, and I was pretty sure that was all I could spare. But I kept at it, and it got easier & more fun. I got rid of books I’d read or had more than 1 copy of; clothes that were out of style or didn’t fit, no matter how good or unworn they were; ugly dishes; inexplicable items of every sort. This, the 3rd time through, it’s getting harder, although I do keep coming upon some anti-treasures, like an extraordinarily hideous scarf (how’d it make the cut till now?). Now I’m down to the bedrock: papers. Yes, those Christmas cards from 1991 can go, no matter how cute my cousin was at 14. No, I don’t need 6 copies of the Times that printed a little thing I wrote about Yankee Stadium, and if I scan it, I don’t need any copies, right? An empty shelf! How unusual, and appealing.

August 12, 2013: The winter before last we had no snow so I began what’s become an ongoing interest, reading books set in Greenland or the Arctic, or that involve cold in some way. A few titles: Ice: The Nature, the History, and the Uses of an Astonishing Substance, by Mariana Gosnell; several books called Snow; a new novel sent in 18th-century Russia, The Age of Ice, by J.M. Sidorova; and my favorite (along with An African in Greenland, by Tete-Michel Kpomassie—nutty & fantastic), The Last Kings of Thule, by Jean Malaurie, an updated version of the 1950 original—it’s like reading an anthropologist Philip Whalen, who notices, accepts & describes everything, in this case the Inuit of Greenland.

If you like poems that talk about today, today’s problems, and today’s people, that use unusual images and surprising metaphors, check out Leonard Cohen and Lawrence Ferlinghetti. —December 17, 1969

August 11, 2013: Yesterday morning, Robyn & I rode our bikes up Park Ave, which was closed to cars. We also walked through the 1,396-foot Park Avenue Tunnel from 33rd to 40th to experience an installation* called “Voice Tunnel,” a son et lumière installation that’s activated by the voices of participants. The lights were cool, the sound was too loud, the best part was walking through the tunnel, which has been closed to pedestrians for 8 decades. Then we sat on the terraced roof of the building on 72nd St where my husband works and thought about how nice it would be to have coffee there every morning. 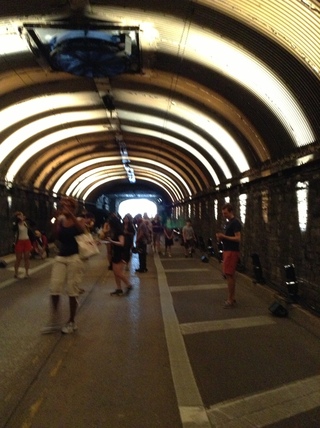 in the art tunnel
*The Times on Voice Tunnel

It’s becoming harder and harder to exist these days. It’s not so much that the cost of living has risen, it’s the price of protesting that has increased so much. For instance, we are doing without grapes in sympathy with the workers’ strike and Elks Club benefits in disapproval of their policy of not admitting nonwhites as members. We refuse to use Dow Chemical products since they manufacture napalm, which kills children and women in Vietnam. —October 3, 1969 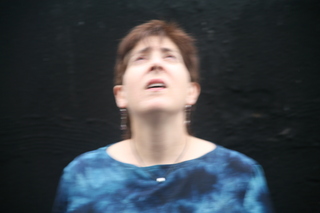