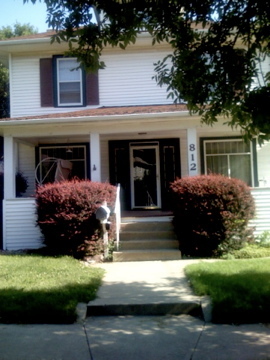 Left at 18 for Snyder-Phillips Hall (part of the residential college Justin Morrill, which was actually pretty cool, even tho I hated college & dropped out ASAP)

The House in Severn, MD, which I shared with a bunch of Air Force guys I met at an antiwar demonstration in D.C.

Briefly back to Michigan & then Sioux Falls, where I bought Ernest, a 1950 Dodge schoolbus, which I lived in for the next year in Sioux Falls, Rapid City (SD), Denver, Boulder & Longmont, Colorado.

Then LeRoy, a 1954 Ford F-100, on which we built a little camper barn to live in from Colorado to Michigan by way of California.

A co-op in East Lansing (Elutheria?)

A place in Lansing next to a Long John Silver (ugh)

A big house on the Castine Road, West Penobscot, Maine

Vonda & Peter Sendzimir's cabin on Flying Moose Mountain, East Holden, Maine ("last person who tried to spend a winter there, he was hauled off to the loony bin, ayuh"--the postmaster of E. Holden)

A rooming house in Ellsworth, Maine

I am forgetting at least one long-term place in Maine & possibly elsewhere; am omitting some longish-term stretches, such as the month or 2 I worked at the University of North Carolina in Chapel Hill; & I guess not counting regular lengthy visits over decades to places I love, such as Steve's place in Spartanburg, South Carolina, and Blue Mountain Lake, in the Adirondacks.