The other side of discard 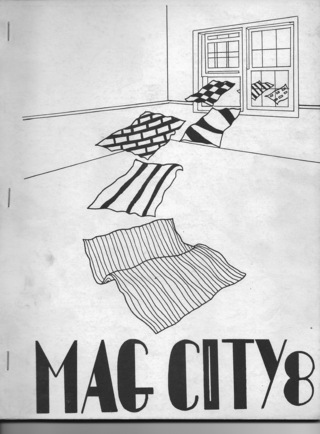 I've thrown out a lot of junk but found a lot of treasures. In particular, a box of magazines with poems of mine in them, many of which I didn't remember even writing (cf Ron Padgett, Poems I Guess I Wrote). I read a bunch this afternoon at a fun reading I did with Martha King,

Here's one, which was published in Mag City 8 (edited by Greg Masters, Michael Scholnick, & Gary Lenhart), in 1979:

It's what we do on Saturday nights now
Now that our men won't ball
And we've been thrown out forever of all the good bars.
I used to quite breathing as I came
Would I die
And would it save me,
Now I just hold my breath—
Green goop turns red, I turn gorgeous
But no one notices.
People come to my city & change—
Janet tattoos her hip, Kala hennas too,
She's still under towel so we don't know yet
How brassy she'll be,
No doubt as swell as me!
This after a curry dinner so my insides are orange
Like my head.
This after a romantic night dying.
Be the first to comment
Loading…}