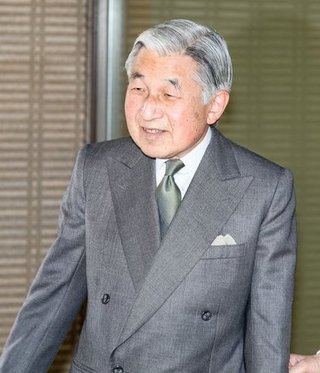 Emperor Akihito.
Another reminder that time changes everything is Emperor Akihito's visit to Okinawa, site of one of the deadliest battles of WWII, where 200,000+ Japanese and Americans died in 1945. According to The Economist, "The emperor has repeatedly intervened in the controversy over Japan’s actions in the war, and obliquely criticised its drift from pacifism. In 2015 he chided the nation to 'learn from and study history'—widely seen as a rebuke to revisionists who dismiss evidence of war crimes and reject the 'apology diplomacy' of the post-war years."

This shows how easy it is to forget how we got here, wherever here is. Women forget the struggle for suffrage & don't value the vote. Soldiers forget how horrible it was to be in an unnecessary conflict & support warmongers. A country that waged war denies its culpability. The abuser blames the abused.  Read More
Be the first to comment
Loading…}