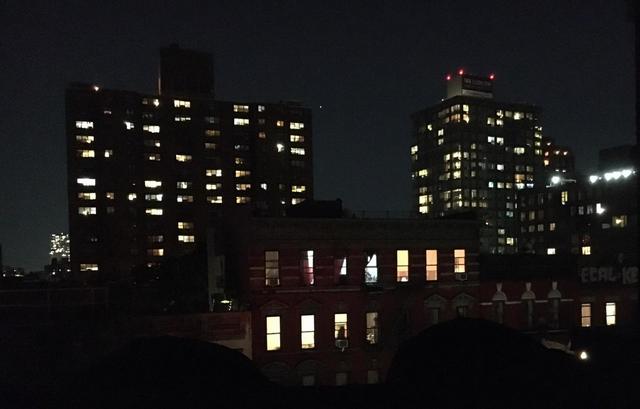 You can see Jupiter in this photo! Exciting, right?

When the moon is in the Eighth House

I hope I get to see it but I have to say, no celestial event in my life has ever lived up to its hype. That is, the idea is cool, that it's been (in this case) 800 years since we've seen Jupiter in conjunction with Saturn & it'll be 60 years till we get the chance again. The stupid comet this summer that we looked for every night... Halley's comet that we drove all the way out to Coney Island to witness... various meteorite showers... I've never really seen any of them, even when I was looking.

The only one I did see clearly was the lunar eclipse the day the Red Sox won the World Series for the first time in 86 years— October 2004, & I didn't like it one bit. I was up in the Adirondacks & found it creepy to have the moon disappear & see stars I've only heard of. Chris M mocked me for my "primitive" fear.

Nonetheless, I'll get out there tonight, though I think it'll be too cloudy for us.