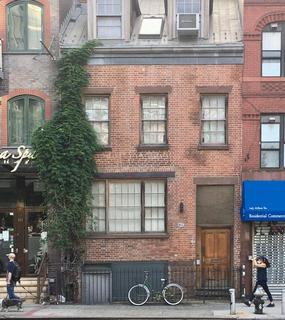 This is just a couple blocks from me.

They covered six building, some old, some new, some both, some commercial & this one (photo), a Federal-style rowhouse dating from 1830s. Most of these were torn down to build tenements, which could house more workers, and many of those were eventually replaced by high rises and projects.

Who knows, if New York ever fails, maybe one day we'll have homes like these again.