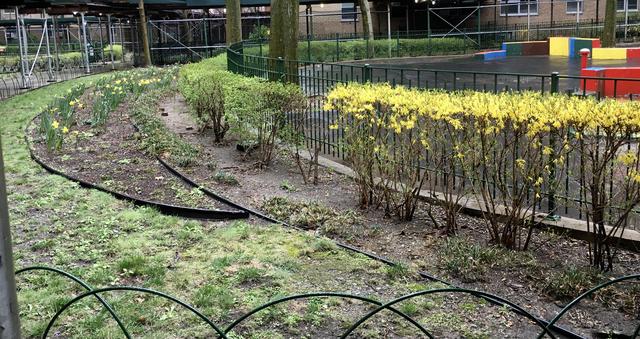 Someone suggested that my mysterious & incessant racking cough throughout January & February may have been symptoms of the virus. I don't think I had a fever, & didn't have chills, but I did have exhaustion & shortness of breath. Who knows? No one ever figured it out but it stands to reason that different people will have variants of the symptoms. A lung X-ray was clear but I've had compromised lungs ever since September 11 (pneumonia twice since then). I eventually chalked it up to allergies but who knows? On the one hand, I hope I had it without worrying that I might die. On the other hand, it's horrible to think that I may have been Patient 0.5 - an early spreader.Well, till I can test for the antibodies, I won't know & of course will continue to be careful.

I know it's a bullet train into New York right now, as Johnny said, but it (surreally) doesn't feel like anything in particular is going on, just perpetual Sunday morning. Our population density means we can't really separate as much as we need to but everyone I see or know of is doing their best.